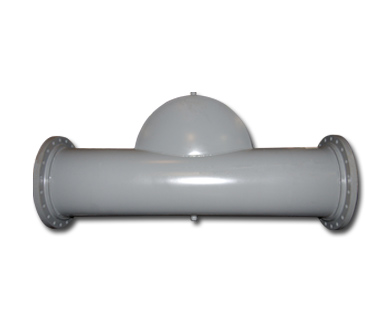 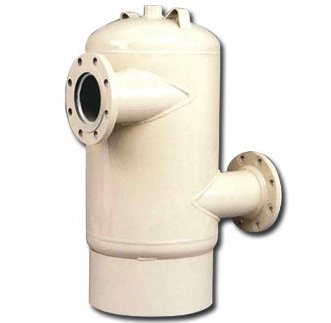 Air separators eliminate air quickly and efficiently from closed loop heating and cooling systems. Water enters and exits through unique tangential nozzle connections, which promote a low-velocity swirling vortex effect in the center of the unit. Natural centrifugal forces allow the heavier air-free water to move towards the outer edges, while entrained air is captured by the stainless steel collection tube and released to the top of the separator. This air can then be redirected to the compression tank, or released out of the system through an automatic air vent.

Air & dirt separators are designed to eliminate entrained air and separate debris associated with start-up and maintenance of any hydronic system. The design incorporates a skim valve, used to eliminate floating debris, a removable end cover for coalescing medium access, and an air vent to automatically release air from the separator.

Wessels CFS-Series Centrifugal Solids Separators are designed for in-line or slip-stream low flow filtration of entrained solids from a liquid system. This filterless separator achieves the removal of 50 microns and larger solids through centrifugal force and friction. Fluid enters the separator at a tangent and creates a vortex within the unit.