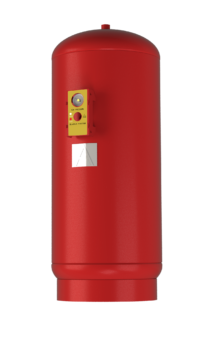 Were you looking for a replaceable thermal bladder tank?

TTA Series tanks actually are non-ASME diaphragm tank that is placed in an ASME tank. The diaphragm cannot expand any larger than the inner tank that contains it. This is why the acceptance volume of the TTA tanks is less than the total tank volume.