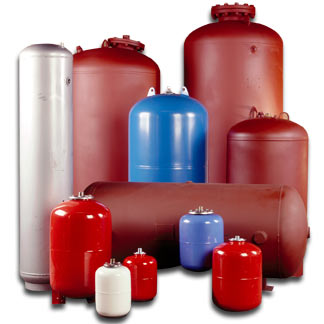 In a sprinkler or irrigation pump application, the tank may provide a cushion to maintain necessary pressure so the jockey pump will not short cycle. In any case, the amount of water that the tank will be required to supply to the system during any given cycle is called the drawdown. Drawdown must first be determined to properly size the hydropneumatic tank.

What are Hydropneumatic Tanks?

Hydropneumatic tanks are ASME and non-ASME vessels that hold water and air under pressure. In order to provide efficient water supply, hydropneumatic tanks regulate system pressures to quickly meet system demand. The compressed air creates a cushion that can absorb or apply pressure as needed. Air that is reabsorbed into the system water is sometimes replenished with the addition of a small air compressor. Large hydropneumatic tanks with volumes of 2,000 gallons or more are usually installed horizontally. Normal operating pressure is in the range of 60 to 75 PSI, so most hydropneumatic tanks are rated to 100 PSI. 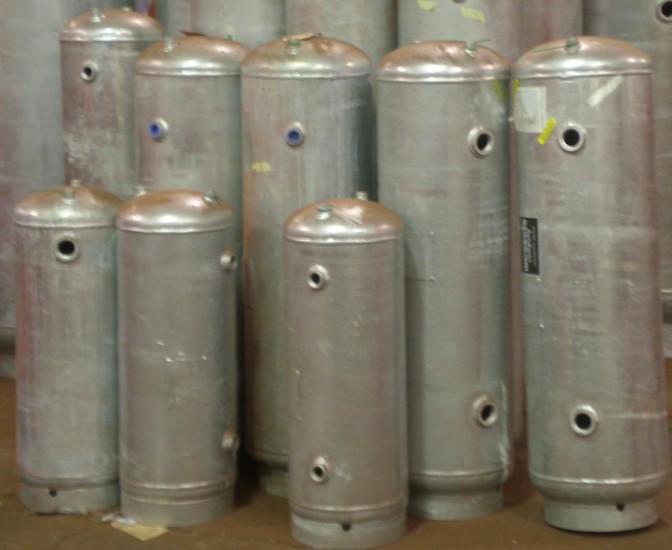 Compression tanks are designed to absorb the expansion forces and control the pressure in heating or cooling systems. This tank is the oldest style that has been used in these systems. It works well when the air is controlled and kept in the tank and not in the system. 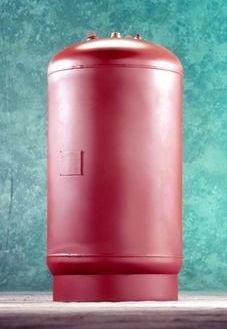